It looks like the IBM Process Server work flow has run and my entry in Bluepages (IBM’s internal LDAP back employee directory) has been expunged. So after pretty much exactly 16 years at IBM it’s time for something new.

I started at IBM straight after I finished my masters (to the extent that I handed my thesis in on the Friday in Cranfield, drove back to Yorkshire on the Saturday morning, did as much washing as possible and then drove down to Southampton on the Sunday to check into the hotel at Marwell Zoo for the start of the induction week).

While at IBM I worked for 2 teams, firstly the Java Technology Centre and then Emerging Technologies & Services.

Most of my time on this group was spent working in the Level 3 Support team, at the time the IBM JVM under pinned a large proportion of the IBM Software stack, which meant it was always our fault (until proven otherwise) when something broke. This was a great team to work for, every morning (and later when phone rang at 3am) there was a new batch of problems to solve and the team helped each other out and we were always learning. I’d like to thank Mark Bluemel who was my original team leader for teaching me that the customer is not always right, and some times the quickest way to solve a problem was to point this out to them (just as long as you had all the evidence to back it up). It helped hone my engineering background to dig into problems and find the underlying cause.

As I said earlier, the JVM used to underpin a large proportion of IBM’s software offerings, this brought me into contact with a large number of product teams and their customers based all round the world. In later years when I became one of the two go to guys (with Chris Bailey) for management to send on-site at really short notice to solve problems, I got to meet a lot of these folks in person and not just at the end of a IM chat window or conference call. This period also taught me the ways of airline/hotel points schemes and how to “work” a corporate travel booking system (Thanks Flavio) and took me to some places I probably wouldn’t have normally chosen to visit (2.5 weeks in Seoul, a winter of Mon-Fri in German country side), even if some visits I saw little more than a air conditioned office and a cookie cutter

In the end the only reason I moved on from this group was because by the time a customer reached me they were usually not the happiest camper and the best I could do was get them back to a content state that things were working again, while there was a great deal of satisfaction in this it did start to grate a little towards the end. 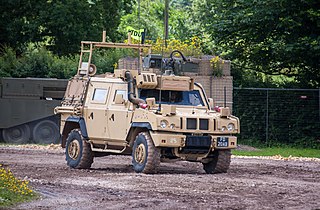 ETS was always THE place to work in Hursley, they have all the best toys and it’s hard to argue with a team that had it’s own armoured car (unfortunately returned a few years ago)!

It is a small team that works on just about anything going, but specialising on what ever was new and interesting we could convince a client to pay for. We would go poke round both IBM Research and anything else in the public domain looking for something interesting and the go looking for a client that wanted to try something on the bleeding edge. Projects vary from just one member of the team working with a client or offering support to one of the other IBM services teams to 3-4 delivering something a little bigger. Projects include things like bits for Wimbledon like social media analysis system and network attached light level sensors, a set of pedestals to control the video walls in the IBM Southbank Forum, Controlling TVs using telepathy and a 10 year research program around Network and Information Science for the US/UK defence sector. The team also runs hackdays, innovation and design thinking workshops with clients.

This is the team that invented Node-RED (much kudos to Nick and Dave) along with a bunch of other cool tech like GianDB and Edgeware Fabric.

The team has had a bit of a shuffle round recently and now sits even closer to the IBM Research folk, hopefully this will make things easier for them to grab the latest and greatest new and shiny stuff coming down the pipe.

On the whole I enjoyed my time at IBM and I’ll miss all the great people I worked with, but it was just time to try something new.

As for what that will be, I’ll let you know more once I’ve actually started (beginning of November) and worked out just how much of it I’m allowed to talk about, but given some recent public announcements it sounds like it could all be VERY interesting. Watch this space.